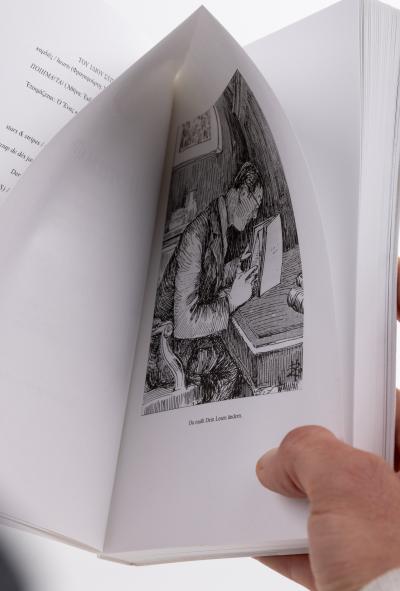 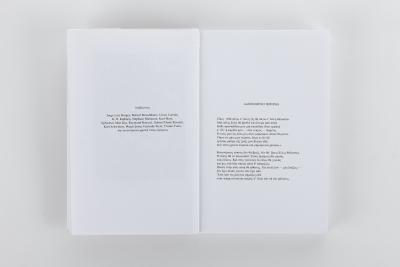 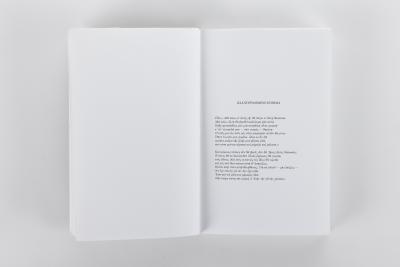 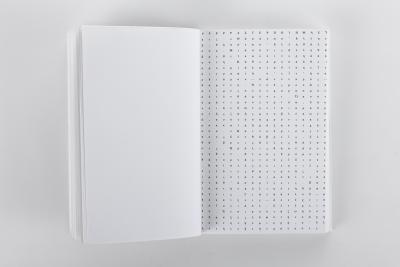 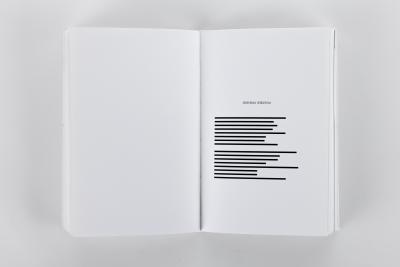 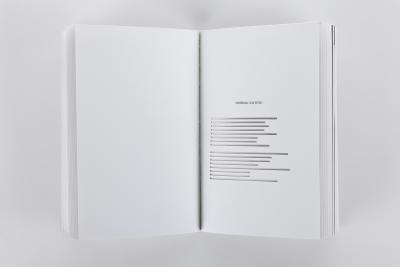 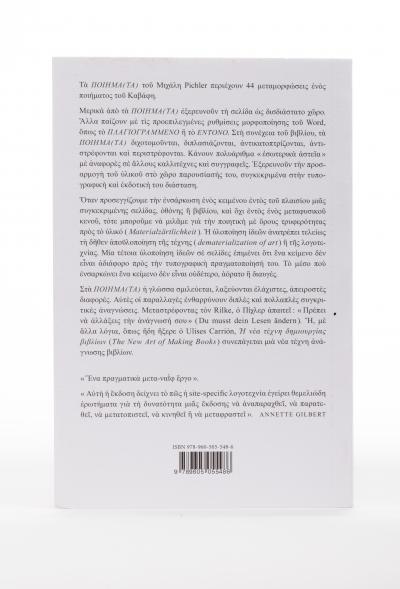 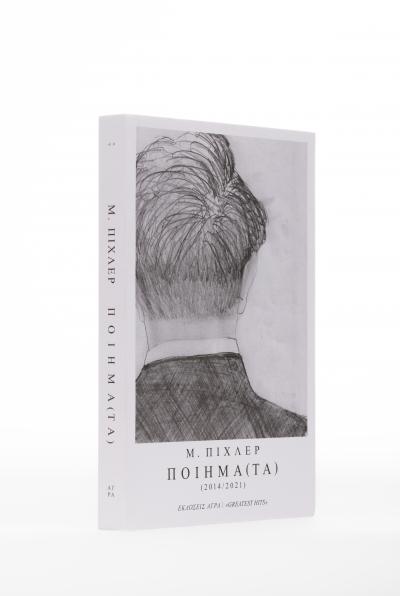 ΠΟΙΗΜΑ(ΤΑ) feature a poem originally written by Kavafis, rewritten it in 44 variations. These variations encourage the reader to engage in double readings and multiple comparative readings. By carving out minimal and infinitesimal differences, language is sculpted.

ΠΟΙΗΜΑ(ΤΑ) start out with the default formatting functions of Word, through a sequence of pages explore the limits of the page as two-dimensional space. It plays out a fair amount of art-historical inside jokes, and explores site-specificity within publications, as well as how information is reproduced or moved from one place to another.

When we consider language as material, and how text is embodied on a page or in a book, not just as an abstraction in a metaphysical void, we can begin to discuss poetics in terms of Materialzärtlichkeit (material tenderness). The materialization of ideas puts the dematerialization of art (or literature) from head to toes. The materialization of ideas on pages, consciously treated, insists that text is not indifferent or immune to its typographic realization, and questions the contingency of how a text is put or viewed on a page (or screen). The medium that embodies text is not neutral, invisible, or transparent. Neither is language.

The way language is treated here is at once conceptual and materialistic, in a way Robert Smithson describes when he says that “Writing should generate ideas into matter, and not the other way round.”

ΠΟΙΗΜΑ(ΤΑ) is translated from Pichler´s POEM(S) also known as SOME MORE SONNET(S), which comprise 44 variations of a poem taken from Rossetti. The translations into Greek ΠΟΙΗΜΑ(ΤΑ), based on a Cavafy-poem, and German GEDICHT(E), based on a Rilke-poem, provided an opportunity to engage in translation-as-production.

Detourning Rilke, Pichler demands that, «you must change your reading» (Du musst dein Lesen ändern.) Or, in other words, as Ulises Carrión already knew, The New Art of Making Books implies a new art of reading books.

This edition shows how site-specific literature raises fundamental questions about its ability to be reproduced, cited, relocated, moved, or translated.   ANNETTE GILBERT

Here, Pichler re-conceives, re-stages, and translates his groundbreaking POEM(S) into Greek. The differences, down to diacritics, reveal the limits and affordances of various scripts and languages, proving once again that the most “conceptual” gestures are never abstract, but always grounded in the most material particulars: the Material-zärtlichkeit to which Pichler is so attentive. This is now a greatest “greatest ‘greatest hit’ hit” hit.             CRAIG DWORKIN