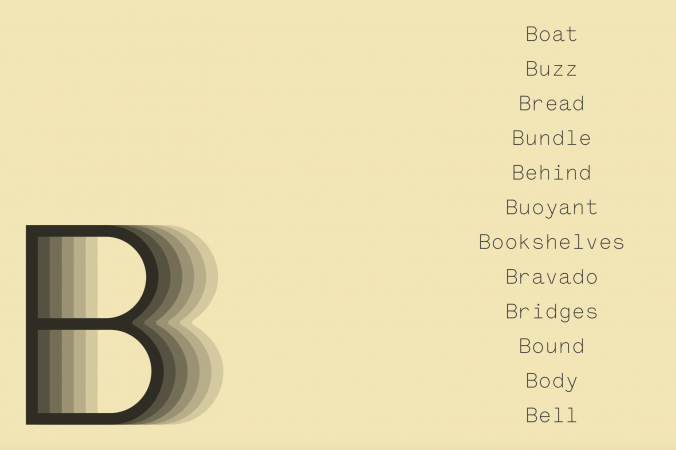 Belmacz is pleased to present an exhibition dedicated to artist publications. With:

B is for Book, and in the Beginning was the word. The written word, and then the printed word; and now, the digital word.
Since the scroll became a codex in late Antiquity, artists have been associated with the published word. The illuminated manuscript stirred curlicue lettering and gilded marginalia and the artist publication is a slippery mutation of this - an ongoing investigation into the gap between visual and written language, existing outside thetic categories.
Often self-published, produced single-handedly or through a small press - B brings together pieces which reference the thingliness of the book without being confined to seriality or sequence. B marks both the collaborative and the singular, where processes and materials can consist of reams of A4 from a photocopier, stapled shut to the letter pressed and hand bound. B cuts out the middle-man.
B is an opposition to the muscular catalogue raisonné - all fur coat and no knickers. These objects are space for both the hidden and the seen; they are to be unpacked, unfolded, unfurled - offering a spine to crack or a continuous concertina - turned upside down, inside out, read between the lines. Laconic or verbose - an invitation to misunderstand in the age of Information is Power.
B is a presentation of objects which could be bought or could be given away. Objects which could be collected, displayed, stored, hoarded, boxed.
But B is also a presentation of viral objects sent out to the world, left on the tube or given to a friend who might be interested - love notes.

A diverse program of  readings, book launches and workshops is accompanying the exhibition.
See @belmaczmayfair for schedules